Could Mark Cuban have been more wrong about Youtube?

Luck and timing are crucial in success. Mark Cuban’s massive sale of Broadcast.com to Yahoo! is prime example of that.

Last night Youtube parent Alphabet reported earnings and hit it out of the park. Youtube’s growth has been nothing but extraordinary.

I had flashbacks to an article I wrote in 2006 before Google bought YouTube where I opined it was already profitable (hum… it probably wasn’t). That original blog isn’t live anymore, but here’s an article on ZDNET referencing it. 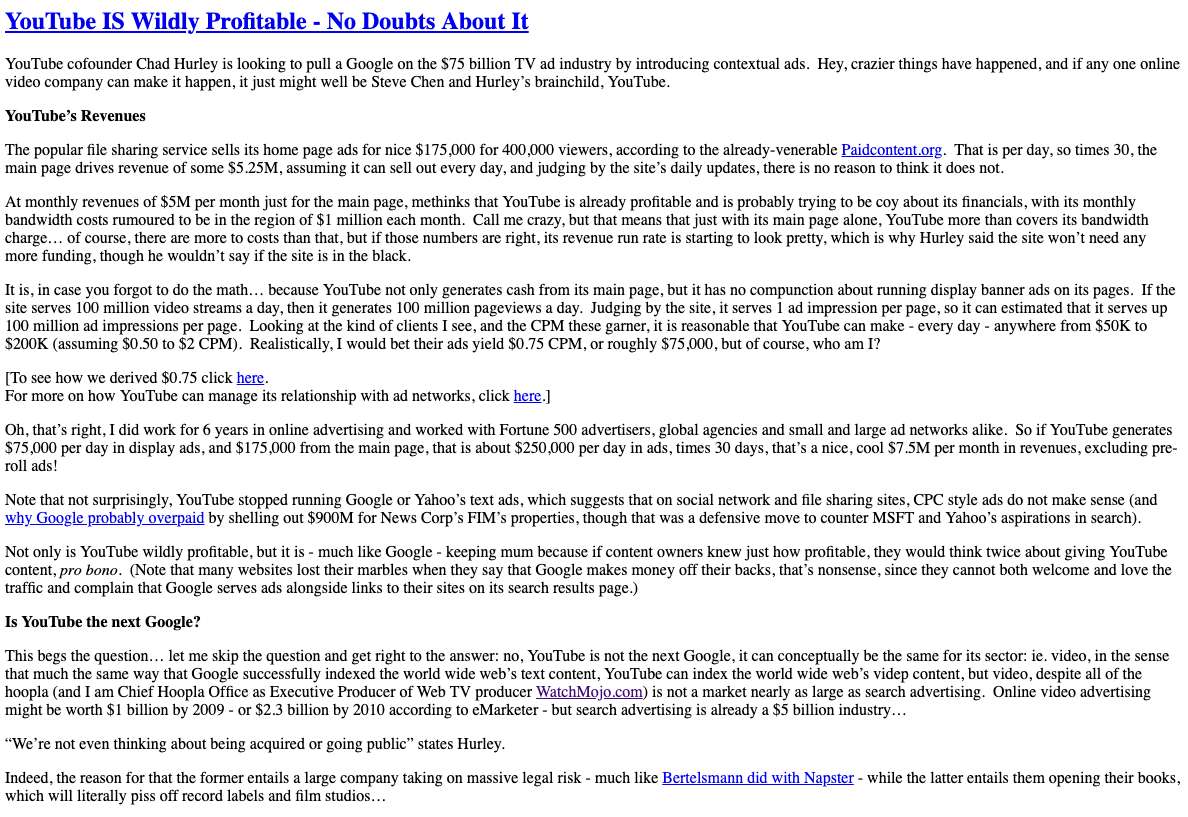 By 2011, it was clear that Youtube would be the greatest media M&A of all time.

If I was an early bull, there was no bigger bear than Mark Cuban:

"On YouTube you can maybe change the world," writes Cuban, who says the sheer volume and variety of user-generated content makes the platform a great way to create communities, but "a huge challenge if you are trying to maximize earnings per share for your parent corporation. People won’t pay a subscription fee for any of it and most of it will never pay for itself with advertising because most of it will never be seen."

Theme by Anders Noren — Up ↑